Because of the limitation on RingCentral that allows for only 4 simultaneous calls per UC extension, there are a few ways within Xima CCaaS to set up overflow events in case of a saturation.

Within the Java UI, there is the “Max Calls Allowed in Queue” setting. 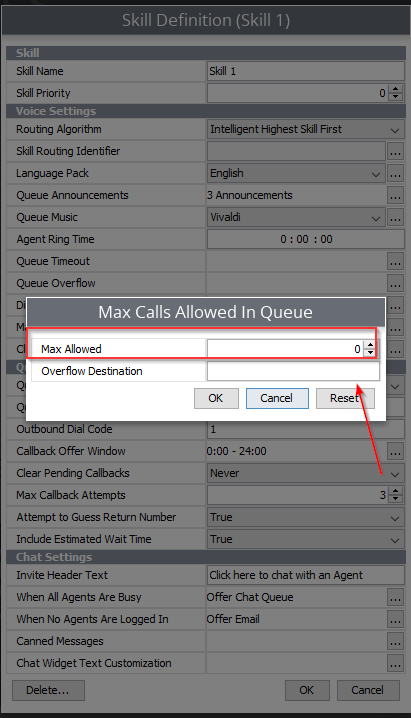 In the event that this skill has reached the specified amount of calls within it, it rolls over to the specified phone number of your choice. Note again that this is based 100% upon this skill group specifically. If you have more than one skill group available, you still have to take into account the limitation of the total amount of calls collectively allowed across all groups. This is based upon the number of UC extensions you have configured within CCaaS itself. 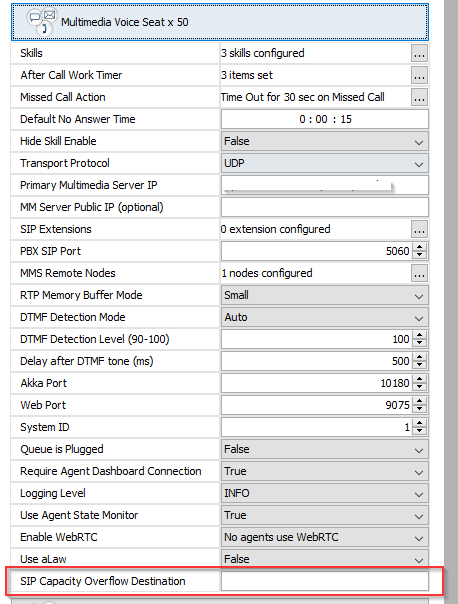 This setting automatically takes into account the total number of calls allowed based upon the number of handsets you have configured. When it’s saturated to the point where no more calls can be received, it immediately overflows to the number specified in this field. A common example may be a preconfigured RingCentral DID or an external number somewhere else.

Updated about 1 year ago